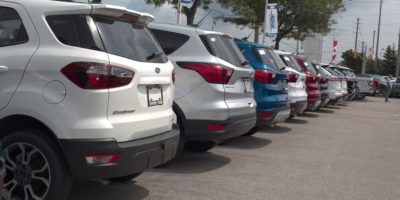 A governing body has shut down a used car dealership in Orillia over complaints from consumers.

The numbered company behind Autoshow Orillia on West St. has been suspended from buying, selling, leasing, or consigning vehicles by the Ontario Motor Vehicle Industry Council, over allegations the dealership failed to remove liens from vehicles traded in, leaving customers responsible for loans on vehicles they no longer owned. The vehicle sales regulator says the dealership was also involved in at least eight transactions with lien non-payouts exceeding $145,000.

According to OMVIC CEO and Registrar John Carmichael, Immediate Suspensions are only issued when the regulator believes a “dealer’s conduct may place the car-buying public at risk.” Carmichael added “This alleged behaviour and resulting consumer harm is beyond the pale and will not be tolerated,”

Those who have recently traded in a vehicle to Autoshow Orillia are advised to check and make sure any loans on the trade were paid out by the dealer, while customers who have purchased vehicles in the past are urged to find out if the vehicle has an unexpected lien on it. Service Ontario can provide a Used Vehicle Information Package that would contain this information.