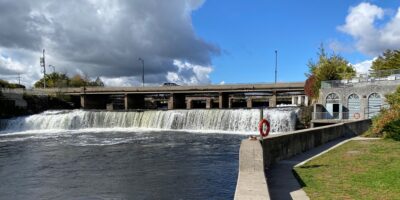 The City of Orillia’s power generating corporation has scooped up three more sources of energy with the acquisition of a Hamilton-area power company.

The Orillia Power Generation Corporation (OPGC) acquired 100 percent of Shaman Power Corporation for $11 million. This means Shaman’s three generators in Fenelon Falls, Elora, and Marmora will be added to the three existing power generating stations under OPGC’s umbrella, in Swift Rapids, Minden, and Matthias. Combined, these six generators will have a capacity of 20.1 megawatts of renewable energy.

“Orillia has a long, proud history of generating electricity in the province and the acquisition of Shaman’s three power stations by OPGC further solidifies Orillia Power as a key player in the renewable energy sector,” said Orillia Mayor Steve Clarke. “This strategic investment will further contribute to the long-term growth and stability for the generation corporation, which will translate into increased value for the City of Orillia.”

This announcement comes on the heels of the sale of the Orillia Power Distribution Corporation to Hydro One for $26.35 million. Hydro One plans to build a regional operations centre in west Orillia, expected to be a source of new jobs for the city.