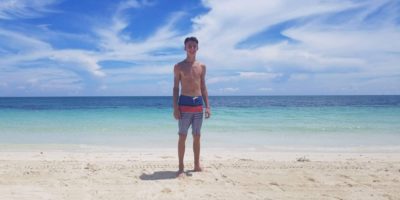 A local teen who had been trapped in the Bahamas because of Hurricane Dorian is on his way home.

Seventeen-year-old Grant Goodbrand of Oro Medonte was able to get out of the country through help from family friends. Goodbrand’s father, Dave, knows his son was among the lucky ones. “It was bittersweet. It was exciting to know he was off the island yesterday.” said Goodbrand’s father. “It was a bit of a lull when we didn’t know if they’d be successful. And when we heard they touched down in Florida, we were elated and excited. But then there’s the bittersweet part about it, that you have to reflect on the fact that there are so many who can’t get off the island and they’re going to need lots of help.”

Goodbrand traveled to the Bahamas on August 25th, for what was supposed to be a week-long trip with his girlfriend and her family. Despite being trapped for longer than expected, they were able to avoid the damage that decimated other parts of the island nation. “Fortunately for them, they were on the higher ground that didn’t have storm surges the same way the surrounding areas were.” said Goodbrand’s father. “He was pretty sheltered from seeing a lot of the major destruction, and because they were fortunate to get off the island pretty quick, he didn’t see the devastation that we see on the news. And that’s probably good for them, because himself, and his girlfriend and her sisters, it would have pretty tragic if they were exposed to some of the images we’re seeing, that are not far from where they were.”

With Grant on his way back, thoughts now turn to those left behind. “We have to kind of let the dust settle.” said Dave Goodbrand. “Once we decompress, we have to turn this into something where we can put our efforts into trying to help the people who are stuck there. Maybe start building some sort of assistance that we could push forward with our friends and family.”

Grant is due home by Sunday, two weeks after he first left.