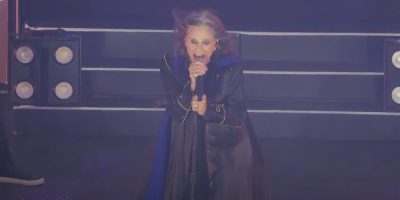 After being cut off during his halftime performance last week, Ozzy Osbourne has shared his full show with fans.

Ozzy was just a few moments into his set during the Los Angeles Rams season opener on September 8 when cameras quickly switched from his performance to an analysis of the first half of the game.

The live performance was Ozzy’s second in three years, and fans at home were miffed.

Well, now the full, professionally shot performance is available on Youtube where he plays his latest single “Patient Number 9” and “Crazy Train” with Zakk Wylde.