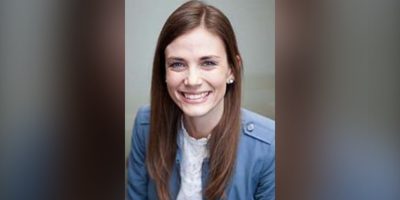 Durham MPP Lindsey Park has resigned from the Progressive Conservative caucus alleging a breakdown in trust.

Park came under fire earlier this month and was removed as parliamentary assistant to the attorney general when she was accused of misrepresenting her COVID-19 immunization status.

Government house leader Paul Calandra said Park would be allowed to remain in caucus after she provided a medical exemption. He said he was under the impression in August that Park “was to be vaccinated,” but she sought a medical exemption without properly communicating it to him.

In a statement, Park said what Calandra said was false.

Park said she couldn’t sit as a Progressive Conservative due to “the breakdown in trust that has transpired” and will represent Durham as an independent.

“To say I was shocked and horrified would be an understatement,” she wrote in her statement about Calandra’s claim.

Park said she hand-delivered a letter about her medical exemption to the premier’s office in August – and followed up after Premier Doug Ford said at a press conference in September that only one caucus member had received a medical exemption, a reference to Christina Mitas, who represents Scarborough Centre.

Calandra said, however, that Park’s letter wasn’t discovered for nearly a month.

“The letter Ms. Park claims she hand-delivered on August 26th was in fact left in an unmarked envelope on an unstaffed desk in the premier’s office,” he said in a statement Friday. Staff only found the letter after Park contacted the office to inquire whether it had been received, he said.

“To date, no one in the premier’s office or the government house leader’s office has seen Ms. Park’s medical exemption,” he said.

Park said she received a medical exemption from her doctor because she had a “severe allergic reaction” to a flu vaccine and a grandparent developed Guillain-Barre syndrome following a flu shot.

People who have a severe allergy to a component of the vaccine experienced “serious adverse events” following a first dose, or have medical conditions that may affect their response to immunization should be referred to a specialist such an allergist, the guidance says.

Park said she is awaiting an appointment date after her doctor referred her to an allergist.

The only MPP who refused to be vaccinated is Rick Nicholls. He was ousted from caucus earlier this year and sits as an independent for the riding of Chatham-Kent-Leamington.

The other parties at the Ontario legislature have said all of their caucus members are fully vaccinated.