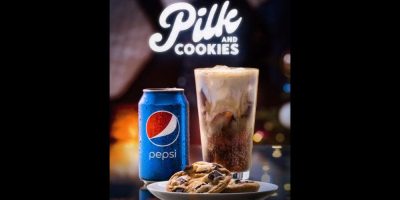 When you’re indulging in your holiday cookies, how about a refreshing glass of… Pilk?

Pepsi is pushing you to mix their product with milk to create ‘Pilk.’

Lindsey Lohan has teamed up with the soft drink makers to bring attention to this concoction.

In the video, she describes it as “One dirty soda.” Yumm.

It looks pretty good, like a coffee with milk, or how an ice cream float looks after you eat the ice cream and there’s just muddy liquid left behind.

As for the taste… it’s not bad, but definitely not great. It takes a few moments to realize how you feel about it.

The Barrie 360 newsroom decided to test it out. At first, you’re confused, then, after the taste hits you, you’re reaching for a chaser.

Ian MacLennan had the best reaction, and won’t be asking for seconds.

Be sure to drink it quickly because this curdling action happened afterwards.