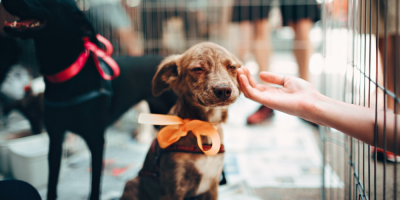 Giving a pet as a Christmas gift can be a bad idea because most of them end up being returned to the shelter, right? Well, you might be surprised to hear that it isn’t the cut and dry case you thought it was.

“Fortunately, nowadays we have a considerable amount of data that has been collected surrounding this issue, and we know now that’s just not the case — in fact, studies show that animals given as gifts are actually more likely to be kept in their new homes,” Inga Fricke, director of Pet Retention Programs for the Humane Society of the United States.

In a study published in the Journal of Applied Animal Welfare Science, 71 different reasons, ranging from “aggression toward people” to “Hyperactive”, were looked at and it turns out that only 0.3% of dogs and 0.4% of cats were returned due to being “unwanted gifts”.

However, many adoption shelters are still split on the issue with some not liking the idea of giving a pet for Christmas while some saying they have a fantastic relationship and see strong adoption and retention numbers during the holiday season.

All of this comes with a caveat with most shelters agreeing on a few things, namely the family-only rule (only purchase pets for family members) and only purchase for people who have already shown a long-term interest in getting a pet and are financially capable of caring for the animal.