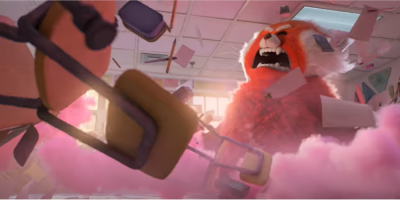 Disney has just released the first trailer for its brand-new movie from Pixar Studio and they’re finally taking their storytelling talents to the great white north.

Turning Red might sound a little familiar for fans of the Hulk as it follows a young Chinese-Canadian who has an unfortunate condition: Whenever she gets too excited, she transforms into a giant red panda. However, while the story sounds fun and anything Pixar does is usually a slam dunk, that isn’t what has people up north excited.

What does? The film will take place entirely in Toronto and will include tons of iconic landmarks you would typically find in Canada’s largest city. It will also feature tons of homegrown Canadian talent including Director Domee Shi, who took home the Best Animated Short Film Oscar for Bao in 2018, and Sandra Oh, who you might know from shows like Killing Eve and Grey’s Anatomy.

There is no exact release date for Turning Red (just a loose 2022), but you can bet you’ll be able to see it on the big screen when it finally does release.