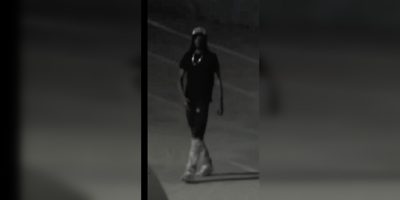 Police are looking for help finding a group of suspects wanted for a June mugging in Wasaga Beach.

At around 12:15 a.m. on June 6, a group of friends were on the boardwalk west of Beach Drive in front of Park Area 2 when they were approached by a group of suspects. Police were told one suspect threatened the group, claiming to have a handgun. A 22-year-old victim was forced to leave with the first suspect to withdraw money from a nearby ATM. A second 22-year-old victim was assaulted by the group of suspects, according to the OPP, after trying to call for help from passersby.

The other suspects are described as two black males and one black female. the female was wearing a green coloured short/dress combo. The males were wearing balaclavas, one with a distinctive pair of ski goggles with reflective lenses on his head.