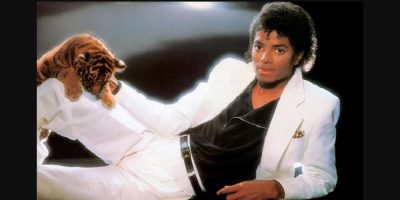 It’s been 40 years of Thriller.

The Michael Jackson hit has been a staple in people’s Halloweens since 1982.

In an interview with the Associated Press, he said his family loved Halloween because it was one of the only times they could go out and not be recognized.

“As the most famous man in the world, it was hard for him to get out and do normal things. But because it’s acceptable on Halloween to dress up in full costume, that was one of the only times we could hang out outside as a family,” Jackson said.

During the event, Michael Jackson’s friends joked about how the king of pop would dress.

“It was always a simple mask; it was nothing elaborate. But it was funny because he had such a unique walk; you could tell it was someone different.”

“He would be dressed up, but he would be wearing his signature loafers and white socks, so we could tell it was him,” they joked.

A 40th-anniversary edition of Thriller is scheduled to be released on November 18.