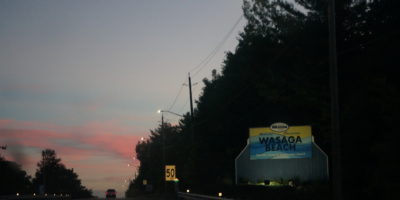 Queen’s Park is telling folks to stay off the sandy beach, but feel free to walk the trails as it allows Wasaga Beach Provincial Park to reopen.

Wasaga Beach Mayor Nina Bifolchi says this notice came via a letter from the Premier’s Office, stating that Wasaga Beach Provincial Park has a number of trails in the interior of the park that are of use for the public. The beach will remain closed in order to reduce the chances for groups of people to gather.

Bifolchi says this information came only through her prompting, that residents were confused leading up to the long weekend as to what they were allowed to do under the province’s COVID-19 guidelines. “We were just looking for some clarification. We have been promoting the Premier’s message as to what’s closed, what’s open, and what the rules are. Locally, we were getting a mixed message of what would be allowed on a portion of parkland,” Mayor Bifolchi told Barrie 360, “I’m being asked ‘if I go on the sandy beach, am I going to get a ticket?’ And we were getting mixed messages, and I needed the premier to clarify that for me.”

Bifolchi had sent a letter to the Premier requesting clarification of an earlier announcement of the reopening of provincial parks, a letter expressing frustration with what she called “mixed and inconsistent messaging from the Government of Ontario.” Bifolchi says, despite this, she believes the provincial government is doing well. “I think the Premier is doing an excellent job of getting us through this difficult time,” she said, “They’re they’re reacting on a daily basis, and sometimes maybe they don’t have the time to work through some of these issues, and we don’t realize until after an announcement has been made.”

Despite provincial edict that Ontarians avoid unnecessary travel for fear of spreading COVID-19, Bifolchi still believes the May 2-4 weekend could draw a crowd of daytrippers. “Well, if there’s sunshine in Wasaga Beach, we usually do get an influx. These are different times, with the pandemic, so I don’t expect that we would have the same amount as normal. If people break the rules, then there is a possibility that they will be fined.”