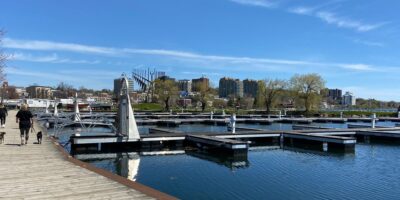 The Province of Ontario reported 213 cases of COVID-19 were added to its caseload on Friday. That’s the highest single-day addition since June 29.

Despite this recent spike in cases, Health Minister Christine Elliott told Barrie 360 there’s no cause to roll back restrictions, adding steps are being taken. “We are putting a pause for four weeks on any new ventures being initiated to keep community transmission down,” Elliott told Barrie 360 over the phone. “But we haven’t seen the need to roll anything back yet.”

The province reports no lives lost to COVID in the last 24 hours, while 124 people have recovered. Included in Friday’s report from the province were 13 cases of COVID-19 affecting students and staff at Ontario schools. There are nine cases among staff and four among students at schools in Ottawa, the GTA, and Peel Region. None among students or staff within Simcoe or Muskoka.

Locally, the Simcoe Muskoka District Health Unit confirmed six cases of COVID-19. All are from Barrie, and all between the ages of 18 and 34. Mayor Jeff Lehman pointed out via social media many of Barrie’s recent cases were acquired through community transmission. “Which means, perhaps, people are understandably tired of the rules, maybe relaxing their social bubbles,” said Lehman on Friday. “Please, I know its difficult folks, but we’ve got to keep this up. This is how we stop a second wave.”

There were no hospitalizations required among the six new cases of COVID-19, while two people remain in hospitals across Simcoe or Muskoka. The region’s death toll, at 37, remains unchanged since early August.