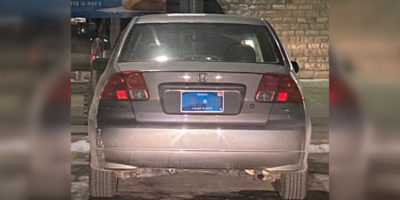 Queen’s Park is now admitting there might be a problem with the new license plates.

It has asked the manufacturer – 3M – to address complaints the plates are hard to see in some lighting conditions.

Consumer Services Minister Lisa Thompson had been defending the plates saying they had passed rigorous testing. She acknowledged Wednesday the government has heard, and is responding to, reports the plates are defective.

Premier Doug Ford’s office says he has reached out to 3M twice seeking an immediate resolution.

The problem was first raised on social media when an off-duty Kingston police officer posted a picture of a “virtually unreadable” plate in a well-lit parking lot at night.

The Conservative government outlined plans for the new plates in the 2019 budget.

When the planned redesign was launched last year. The intent was to make the plates more flexible and durable. Previous models had been plagued by a defect that saw them flake and peel.

The Ontario Association of Chiefs of Police and Mothers Against Drunk Driving had expressed concerns saying the ability to read the plates clearly is crucial reporting criminal activity and suspected drunk driving.