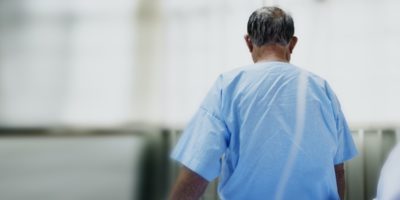 The province is taking steps to beef up the number of personal support workers (PSW) throughout Ontario.

Premier Doug Ford announced on Wednesday that Queen’s park is committing around $115 million to train up to 8,200 new PSWs to fill high-demand jobs in Ontario. All 24 of the province’s publicly assisted colleges will offer this program starting this April.

“We are taking monumental steps to protect our most vulnerable and provide the highest quality of care when and where residents need it,” said Premier Ford. “We will achieve this by recruiting and training some of our best and brightest to be PSWs. This will improve the quality of life for our seniors and begin to correct the decades of neglect in this sector.”

The Accelerated PSW Training Program will be tuition-free for some 6,000 new students and is expected to take around six months to complete.

“This is a major step to help fill the demand for personal support workers in our communities,” said Dr. MaryLynn West-Moynes, President and CEO, Georgian College. “PSWs are the backbone of care in Ontario – and there simply aren’t enough of them. This is an excellent opportunity for anyone interested in a new career in this critical field.” Enrollment at Georgian College begins in March.

Steven Del Duca, leader of the Ontario Liberal Party, says this announcement comes too late. “While vulnerable seniors died and nursing homes were in crisis, Doug Ford refused to hire PSWs to alleviate staffing shortages. Now he’s scrambling with announcements that appear to have been written on the back of a napkin, all to dodge the blame he’s certain to receive in the Long-Term Care Commission’s report.”

“While hiring PSWs is always welcome, where was this announcement last year?” he added. Premier Ford was asked during Wednesday’s meeting why there was not an earlier focus on training more PSWs; the Premier deferred to Long-term Care Minister Merrilee Fullerton, who said one of the main challenges early on was making sure homes could receive the added staff. “Given the difficulties in our homes, we had to have a rapid response, so we were looking at ways to make sure our homes could receive the staffing that was needed.”