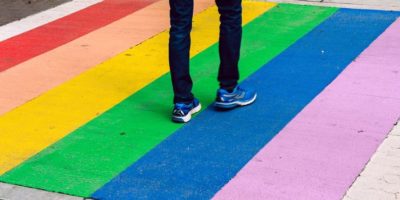 Mike McCann is putting some of his, and a lot of others, money where his mouth is, and raised the funds to pay for a rainbow crosswalk.

The Barrie Councillor caught heat at Monday night’s City Hall meeting for proposing a rainbow crosswalk be funded through private concerns instead of using taxpayers dollars. The motion was defeated in a 6-5 vote, with council instead voting to commit $7,000 to the project. McCann, and several other councillors who voted against the funding of this project with taxpayer money, faced accusations of homophobia.

Since the vote, McCann went ahead and raised the funds needed. “I rose the money because I wanted more of the community to be involved. Not just taxpayers, I wanted to see what other businesses, what other individuals wanted to get involved in the celebration.” McCann told Barrie 360. “So I’m excited that we’ve got some individuals that decided to donate to have the rainbow crosswalk funded by private money, and not public money.” McCann admits he has contributed some funds, but wouldn’t detail other donors.

Related: Somewhere Over The Rainbow Crosswalk

McCann says the idea came from the debate; no one from City Hall had approached private interests to help fund the project, a step McCann says he took shortly after the meeting ended. “I felt that we could get the community involved, and we can make this bigger.”