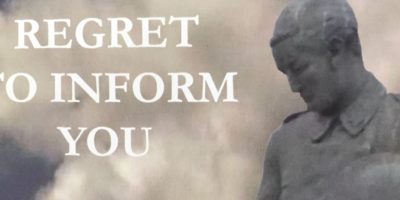 There is much to remember this weekend as we mark the 100th anniversary of the armistice that ended World War I.

Barrie teacher and author Clint Lovell tells the story of the war through the letters sent home by young men from Barrie, Innisfil and Vespra in his book Regret To Inform You: The Fallen of Barrie, Innisfil, and Vespra 1914-1918.

“As much as possible I really tried to tell it through their own voices using those letters. Many of them were their last letters home. Some of them would arrive the day after the telegram…just after the mother had learned about the death of her son or husband.”

Lovell says he’s surprised at how eloquent the letters were from men with just a basic level of education. They were often written after a day on the battlefield, while adrenalin was still running high, describing in detail the day’s events.

Parents, he says, must have been terrified.

“In the early days of the war, they were not censored very heavily and so you do get these descriptive accounts of combat. And then you see the weariness taking over as the years go on and the odds of you coming through are reduced.”

Lovell has also collected letters from comrades of the fallen, written to their families.

” Dear Sir:- You will by this time have heard from Headquarters about your brother, Will. However, I feel it is my duty to write particulars, which they could not give, and have already forwarded you a small packet that he requested be sent to you…He must have had a premonition of what was going to happen…in one of his books was a note to the finder and which I am enclosing and ask you to either write or forward this letter to the addresses written on the back.”

And another letter, to a mother of Private Ernest Coles of Barrie, whose son had been listed as missing. The letter came from the mother of an Irish soldier who was in a German prisoner of war camp. Coles had died in the battle in which the Irish soldier was captured. Coles had spent Christmas with the family in Ireland.

“How fond I grew of him in those couple of days at Christmas. He seemed to thoroughly enjoy himself and rejoiced in the fact of having been able to sleep in a bed again.” 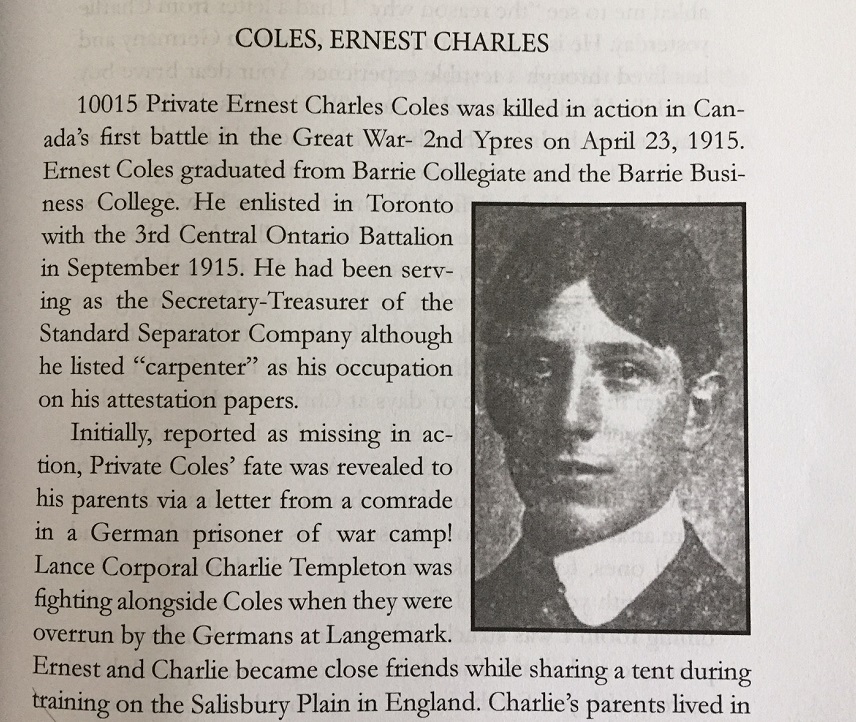 Regret To Inform You: The Fallen of Barrie, Innisfil, and Vespra 1914-1918 is available at local book stores.