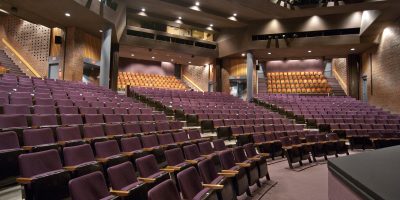 News Release – from City of Barrie

The City of Barrie’s Performing Arts Centre Task Force is asking for feedback from residents to help inform the planning process for a new performance facility in downtown Barrie.

“Arts and culture play an important role in promoting Barrie’s social and economic goals by attracting tourists, developing local talent, and providing opportunities for learning and personal growth,” said Councillor Jim Harris, Chair of the Performing Arts Centre Task Force. “A new performing arts centre will provide a much-needed space for Barrie’s arts and culture scene to thrive. Public input will help ensure the Task Force plans for a facility that will meet our community’s needs for years to come.”

The decision to close Georgian Theatre and not to proceed with renovating Fisher Auditorium has highlighted the need for a new performing arts facility in Barrie. The Performing Arts Centre Task Force is mandated to report to General Committee by the end of 2021 with a plan to construct a modern performance facility in the city core to replace Georgian Theatre and Fisher Auditorium.

The Task Force is made up of Councillors Jim Harris (Chair), Clare Riepma and Robert Thomson along with representatives from local arts and culture organizations who have generously donated their time.

Residents are encouraged to provide feedback through an online survey, which closes Sunday, October 31.

The survey is available via barrie.ca/PerformingArtsCentre.