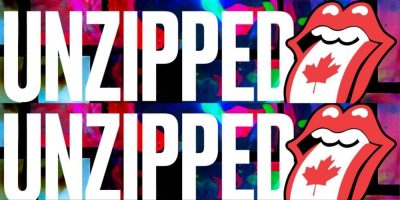 Well, maybe you can.

While there are no plans for The Rolling Stones to tour Canada again anytime soon, you can still get your fill of the band.

THEMUSEUM in Kitchener found you can get what you want if you’re tenacious in your pursuit of it. And THEMUSEUM CEO, David Marskell, was tenacious in his effort to bring The Rolling Stones | UNZIPPED Exhibition to Canada.

The process began two-and-a-half years ago, says Marskell, proving his credibility by having worked with Yoko Ono, and bringing in a Titanic artifacts’ exhibition. In the end, though, he says, “I think it was easier for her to say yes than put up with my emails.”

Die-hard fans may think they know everything about the band, but Marskell told Barrie 360 that despite being a fan himself, he’s learned a lot from the exhibit. A real eye-opener, he says, is the recreation of Edith Grove, where the early band lived, “It is horrendous. I thought when my children were 14 years old, their bedrooms were terrible. This is disgusting and horrendous.”

Marskell was also caught off guard by the costumes and clothing that Mick Jagger wears on stage — Prada and Dior and McQueen, the people they’ve worked with, and the guitar collection, which he says is incredible. There are handwritten notes where Jagger has written the words with the guitar chords beside them. And Charlie Watt’s drum set from 1965.

Marskell says the band wanted the exhibit to be immersive, “there’s an opportunity in where the guitars and the harmonica is where you can actually mix a song, you can bring the drums up or bring guitars up, and so on.”

Your Unzipped tour will take about 90 minutes, capped off with a 15-minute segment of their show in Havana in 2016, but there’s even more satisfaction to be had. “We also have a really great festival we’ve built across the region. There’s the Ronnie Wood art exhibition. He’s the guitarist as everybody knows, I believe he’s quite a prolific artist. And so, we have that as an exhibition up the street in Waterloo. And we have a film series and speaker series, and the Fashion History Museum has something called ‘Frock On!’ and they’re connecting music and clothing over the last 100 years.”

Click here for more on Unzipped, as well as ticket information.