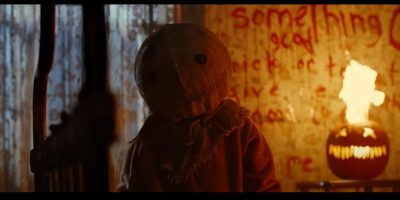 A cult classic Halloween film is getting a sequel.

“Trick ‘R Treat” was released on DVD in 2009, and even though there wasn’t much hype when it was released, it became an instant Halloween classic.

After years of speculation, creator Michael Dougherty has confirmed that a sequel is coming, saying it’s in “active development.”

The original movie was an anthology format, telling four connected scary stories. It all takes place on one Halloween Night, all while the demonic but weirdly cute Sam observes what’s happening.

We can finally share the news! @Mike_Dougherty announced tonight that he’s in “active development” with @Legendary on the sequel for TRICK ‘R TREAT and that everyone wants it to happen. Get ready for more from Sam. #trickrtreat @trickrtreat @am_cinematheque pic.twitter.com/9BNEC13ZTg

Sam has become a Halloween icon since the film hit the mainstream.

Not much is known about the sequel, but it’s hoped it will follow the original anthology format.

In addition to the sequel, the original is being shown at select AMC theatres starting October 21.

It’s the first time the film will be shown in theatres.

If you’ve never seen the original, have a look at the classic trailer.