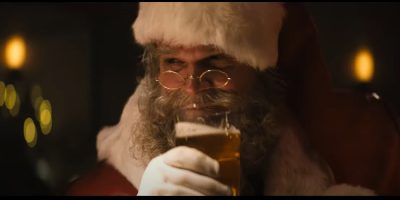 Santa gets a bad a$$ image makeover in a movie that will soon be my new holiday favourite.

While delivering gifts on Christmas Eve, he discovers that the family who lives there is being held hostage by a group of mercenaries.

Well, they soon find out Santa has a dark side. Think Bad Santa meets John Wick.

With the help of a little girl, he delivers an epic holiday butt whooping. As he says in the trailer, “time for some seasons beatings!“

I can’t wait! It premieres on December 3rd.