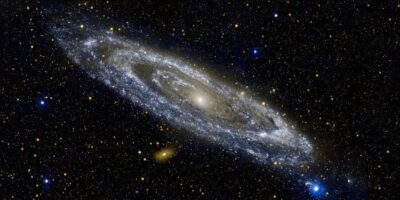 Humans have long suspected that we are not alone in the universe, and now scientists have said there may be dozens of alien civilizations lurking not too far from Earth. Some of them may even be advanced enough to communicate with us.

According to a study in The Astrophysical Journal, scientists at the University of Nottingham estimate that there is a minimum of 36 communicating intelligent alien civilizations in the Milky Way galaxy.

They say the estimate is actually conservative — it’s based on the assumption that intelligent life forms on other planets in a similar way to how it does on Earth, using what they call the Astrobiological Copernican Limit.

“There should be at least a few dozen active civilizations in our galaxy under the assumption that it takes 5 billion years for intelligent life to form on other planets, as on Earth,” lead researcher Christopher Conselice said in a news release. “The idea is looking at evolution, but on a cosmic scale.”

Previous calculations of alien life have been based on the Drake equation, which includes seven factors needed to find the number of intelligent civilizations, written by astronomer and astrophysicist Frank Drake in 1961. The estimates have been extremely broad, ranging from zero to a few billion civilizations.

The team of researchers in Nottingham refined the equation using new data and assumptions. They found that there are likely between four and 211 civilizations capable of communicating with others, with 36 the most likely number.

Finding these civilizations is another issue entirely — scientists said they would be thousands of light-years away. Our current technology makes it nearly impossible to detect or communicate with possible alien life.

Scientists said that searching for extraterrestrial intelligent life could give us insight into how long our own civilization can survive. The more civilizations we find close to home, the better the chances for humans’ long-term survival.

“If we find that intelligent life is common then this would reveal that our civilization could exist for much longer than a few hundred years, alternatively if we find that there are no active civilizations in our galaxy it is a bad sign for our own long-term existence,” Conselice said. “By searching for extraterrestrial intelligent life — even if we find nothing — we are discovering our own future and fate.”