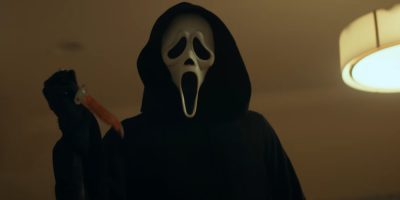 Spider-Man: No Way Home has finally been knocked off the number one spot at the box office by Scream, and it only took 4 weeks to do it.

Over a billion dollars and several box office records later, No Way Home now sits at the number two spot thanks to the recent reboot of the Scream franchise. While it still raked in an impressive $20.8 million (not too shabby for a movie that was released over a month ago), Scream managed to top it with a $30.6 million opening weekend.

Starring returning cast members such as Neve Campbell, Courteney Cox, and David Arquette, the new reboot is set Twenty-five years after the original series of murders in Woodsboro, where a new Ghostface emerges, and Sidney Prescott must return to uncover the truth. The new Scream seems to be living up to the legacy of its predecessor with a solid 75% fresh rating on Rotten Tomatoes and a 7.3 on IMDB.

In a time when the horror genre was getting a bit stale, the original Scream came along and reinvigorated the genre. Scream was the first in the genre to be self-aware, giving its characters a pre-awareness of the existence of the horror genre. Scream took the idea of yelling “Are you stupid? Don’t go in there!” or sarcastically remarking “Oh yeah, spit-up, what a great idea!” and expanded the genre in a new direction.

The box office total for Scream has been steadily dropping over the weekend, so it may not hold the number 1 spot for very long though. The good news for the movie is that there really isn’t anything on the radar to challenge it for a little while (besides everyone wanting to see No Way Home a second, third, and fourth time).

Did you hit the theatre this weekend? Was it a Scream-filled experience or did you check out something else?