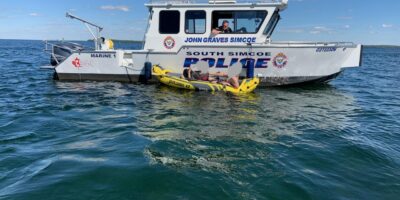 After an evening of rough weather, rescue crews are back on Lake Simcoe in the search for a young woman who fell overboard on Thursday.

First responders were called to the Big Bay Point Government Docks around 3 p.m. Thursday after the call came in that a 21-year-old woman had fallen off a boat nearby.

The Thursday afternoon search, which involved the South Simcoe Police, County of Simcoe Paramedics, Innisfil Fire, Barrie Police, and OPP, was called off that evening due to heavy rainfall.