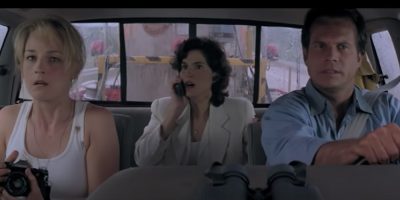 The original movie starred Helen Hunt and Bill Paxton as Dr. Jo and Bill Harding, a set of storm chasers.

They spent most of the movie trying to get their invention ‘Dorothy’ near a twister to predict the path of a storm better.

I still think of the cow scene when someone mentions the film.

The sequel will focus on the couple’s daughter, who follows in her parent’s footsteps and chases storms for a living.

Reports say creators hope to get Helen Hunt back for the film, but nothing official has been decided.