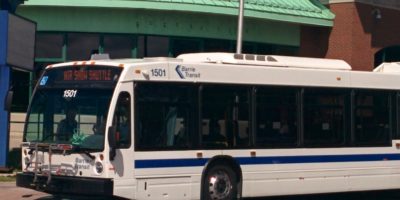 There was a brief disruption to Barrie Transit service this morning after some drivers refused to work over concerns about COVID-19.

In a statement, the city said staff worked with the contractor to alleviate concerns from drivers by blocking off the first couple rows of seats behind the driver.

The city also noted that increased measures were put in place this week to protect Barrie Transit drivers and riders.

Barrie Transit began offering free service as of Friday and riders are boarding and exiting the bus from the rear door only, which the city said limits contact between riders and drivers.

In the statement, the city said it will work closely with the contractor during the pandemic to ensure transit continues to operate, knowing that it is a critical service for people at this time.