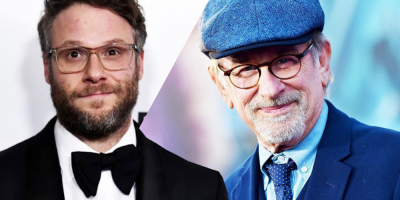 Steven Spielberg has tapped Seth Rogen for a role in his upcoming, un-named biopic.

The film will be loosely based on the director’s childhood and Seth Rogen will play Spielberg’s “favourite uncle”. Hopefully, the role will allow Rogen to flex some of his comedic muscles, but don’t underestimate his dramatic chops either, he was fantastic when he needed to be in 50/50 and An American Pickle.

Spielberg will also help write the script which is the first time in 20 years that he will do so and of course, he will be in the director’s chair as well.

Being very early in pre-production, there is no release date yet for the film but anything Spielberg touches is usually something to be excited about.