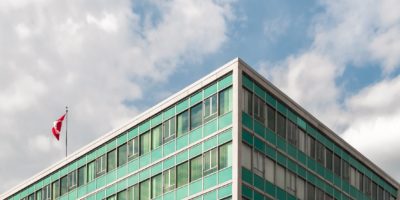 Federal health officials gave updated modelling projections Tuesday on the number of potential cases and deaths in Canada from COVID-19.

Dr. Theresa Tam, Canada’s chief public health officer, says we’re making clear progress to slow the spread and flatten the curve. In the short term, Canada is projected to have between 53,196 and 66, 835 cases of COVID-19 and between 3,277 and 3,883 deaths by this time next week (May 5th).

As shown in the image below, growth of the virus has levelled off in several provinces. Ontario, Quebec and Alberta being the exception to that.

Image shows a flattening of the curve in some provinces

Prime Minister Justin Trudeau says the measures Canadians have taken so far, are working. “In fact, in many parts of the country, the curve has flattened. But we are not out of the woods yet,” Trudeau said during his daily briefing.

The new modelling show COVID-19 growth at long-term care facilities. It shows that 79 per cent of deaths are related to outbreaks in long term care homes across Canada. Rapid growth is also occurring in prisons and jails in Ontario, Quebec and BC.

When Dr. Tam released their initial projections on April 9, the forecasted death toll ranged between 11,000 and 22,000 deaths over the course of the pandemic. That hasn’t changed with Tuesday’s announcement as it focused on the short-term. Dr. Tam says those initial models under-predicted the number of deaths in Canada. “With a large number of outbreaks occurring in long-term care homes, there has been a higher fatality rate,” Tam said.

Trudeau won’t say if new vaccine will be mandatory

The Prime Minister would not say if the eventual COVID-19 vaccine will be mandatory. Trudeau says we still have a fair amount of time to determine that.

“We know we need to do much more testing. Massive testing is an important part of re-opening the economy,” Trudeau said.

There were 26,000 tests reported on Monday. Dr. Tam says labs have done around 740k tests to date, with 7 per cent testing positive.

Trudeau says the important thing is to allow the provinces to do the level of testing that is necessary in each region and each community to respond to needs and conditions on the ground.

Trudeau on re-opening the economy

The Prime Minister says that shared principals on restarting the economy will be released soon. “It’s a framework that lays out what needs to happen before a gradual restart of economy can happen.”

The Prime Minister was asked if he thinks that is the right thing to do? Trudeau says he would assess the situation at that time (in two weeks) and learn what schools have prepared for cleaning protocols. He added that parents will be able to make their own decisions about what’s best for the students.

Trudeau says this week, the Federal government are shipping 6 million surgical masks and 100,000 face-shields to provinces and territories. Those shields come from Bauer and Toronto Stamp. “We know that the priority has also been to ensure there is enough personal protective equipment for our frontline workers and health care workers, we’ve been working hard in recent weeks.”

Trudeau says he recognizes that as provinces look at re-opening certain sectors “there’s going to be an increased need for personal protective equipment.”

The Prime Minister tweeted that his mother, Margaret Trudeau, who was taken to hospital overnight after a fire at her apartment building in Montreal, is doing fine.

“Thanks to everyone who reached out and sent us well wishes. I’d also like to thank the first responders for their incredible work, and I’m keeping the other families affected by this fire in my thoughts today,” Trudeau wrote.