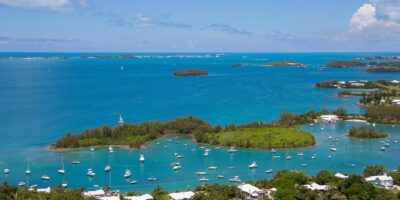 Sick of being stuck at home dodging the coronavirus? Consider sheltering by the beach for 12 months on the beautiful island of Bermuda, which is offering year-long “residencies” to foreigners.

The pandemic has decimated the travel and tourism industry everywhere but is especially hurting island nations whose economies depend on an annual influx of visitors. In response, Bermuda is offering one-year residential certificates to non-Bermudians who wish to make the British territory their home for up to 12 months while they work or study.

“The COVID-19 health crisis had a significant impact on the local economy resulting in mass unemployment and decreased economic activity,” Bermuda Minister of Labor Jason Hayward said in a statement last week.

Bermuda’s government in May forecast a sharp decline in annual GDP of up to 12%, the Royal Gazette reported.

The intent behind the residency certificates, which cost $263, is to boost economic activity by drawing more residents to the island, where they would be expected to spend money at restaurants, hotels and other businesses.

Bermuda has long sought to capitalize on the gradual shift toward telecommuting, given the island’s proximity to New York — it’s about a two-hour flight — by marketing its famed pink-sand beaches as an antidote to hectic city life. And it’s redoubling the offer now that the coronavirus has freed many U.S. employees, especially in fields like technology, from having to live in the city where they work.

“These visitors can reside in Bermuda without seeking employment on the island and will promote economic activity for our country without displacing Bermudians in the workforce,” Hayward said.

Applicants must be older than 18 and show they are either employed or enrolled in a research, undergraduate, graduate or doctorate program. Applications may be submitted through the government’s website on or before August 1.

Bermuda, with a population of 64,000, has had fewer than 150 COVID-19 cases and nine deaths. It started welcoming visitors back to the island July 1. The territory’s official travel site lists about a dozen hotels and resorts that are open for business, with another dozen or so expected to open next month. Bermuda has one general hospital, King Edward VII Memorial Hospital.

Barbados, in the Caribbean, has launched a similar effort to give its struggling economy a boost. Prime Minister Mia Amor Mottley recently announced a 12-month “welcome stamp” for visitors, allowing people to work there remotely for a year.

“[I]f we can have a mechanism that allows people who want to…take advantage of being in a different part of the world, of the sun, sea and sand, and … a stable society; one that functions well, then Barbados is a perfect place for you to come,” she told Barbados’ government information service.

One caveat: The Atlantic hurricane season began in June and typically continues through November. Airfare and room rates are typically discounted during the period, which are considered the off season.

Even pre-coronavirus, locales that either depend on tourism or whose populations have thinned have had to come up with creative ways to revitalize local economies. Sambuca, for instance, a semi-abandoned town in Sicily, Italy, last year started selling homes for $1 in an effort to repopulate the area after most of its inhabitants had either died or moved to larger cities.