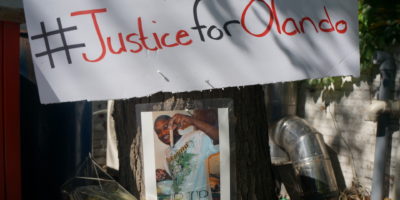 Barrie Police issue a brief response after being cleared of wrongdoing in the death of Olando Brown.

Barrie Police has received the SIU Director’s Report regarding a custody death that occurred in Barrie in June 2018. This was a tragic incident that touched family, friends and our community. Any further inquiries should be directed to the SIU at 1-800-787-8529.— Barrie Police (@BarriePolice) February 13, 2019

Brown died while in police custody in June 2018 after his arrest downtown. In a statement issued Wednesday, the Special Investigations Unit attributed Brown’s death to swallowing two plastic bags he removed from his person while being searched in a Barrie Police Breathalyzer room. Just prior to this, the SIU says paramedics had checked Brown’s vital signs and found them to be in the normal range.

In his report, a forensic pathologist concluded that tasering “did not cause any injury to the Complainant and that there was no direct connection between the [taser] deployment and the Complainant’s subsequent collapse and death.” Two golf-ball sized plastic bags, filled with drugs, were removed from Brown’s airway during treatment at .

The Director of the Special Investigations Unit, Tony Loparco released a statement saying, “there are no reasonable grounds to lay criminal charges against any Barrie Police Service officer in relation to the death of a 32-year-old man while in police custody on June 22, 2018.”


The SIU stated “Man’s Death Attributed to Swallowing Two Plastic Bags While at Barrie Police Station; No Charges to Issue Against Any Police Officer.”

A video purportedly taken by a bystander during the 32-year-old’s arrest in late June sparked numerous protests in the city. That video shows a man being tasered by Barrie Police during an arrest near Bayfield and Dunlop Streets.

It shows two, then three officers, wrestling with the unidentified man. The video does not show events leading up to the scuffle, nor what happened as the man was being taken away.

More details about the days before Olando Brown died while in #Barrie police custody. https://t.co/480dVsN6E8