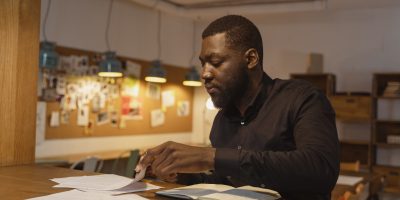 According to a report released Thursday from the Canadian Federation of Independent Business (CFIB), small businesses in Canada now owe a collective $135 billion.

The situation is in stark contrast to the big chain retail and food stores of the world like Costco who, for example, reported increased net sales this past year of $163.22 billion, up 9 per cent from 2019.

Or Walmart, where they reported Canadian store sales rose 1.2 per cent in the first quarter of fiscal 2020.

Any progress made by “mom and pop” shops after the first round of government shutdowns appears to have been squashed by the second wave of Covid-19.

Laura Jones, Executive Vice-President at CFIB, says the average debt taken on by small business owners has grown “significantly” over the past six months.

“While many businesses had previously reopened and were attempting to regain lost sales, the second wave and the restrictions that came with it are putting a massive wrench in an already slow recovery for small businesses,” wrote Jones.

Businesses that took on debt due to COVID-19, by sector (% response)

Four in 10 businesses said it will be at least a year from now, if not more, until they expect to see normal profits. And the report shows that more businesses are now fully open and fully staffed, but only 25 per cent are making normal sales for this time of year.

So where is this debt coming from? The most used revenue stream since the onset of the pandemic has been the Canada Emergency Business Account (CEBA), with nearly six in ten businesses accessing it.

The CEBA program initially gave out interest-free loans of $40,000, 25 per cent of which was forgivable but the feds have since added another $20,000, for qualified businesses.

Methodology
The total COVID-19-related debt estimate for Canadian SMEs is based on results from CFIB survey results and Statistics Canada business counts for December 2020. For additional details on how the estimate was calculated, please refer to the methodology section of the full research report.

Survey results come from CFIB’s Your Voice Survey – February 2021, which was taken online by 3,554 small business owners in Canada from February 4 to 8, 2021. For comparison purposes, a probability sample with the same number of respondents would have a margin of error of +/-1.6%, 19 times out of 20. Results from this survey are preliminary at the time of reporting.