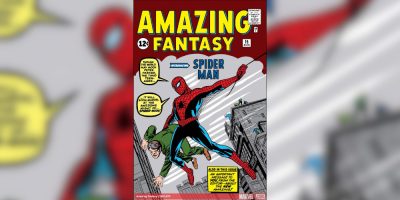 If you ever had any doubts that those old comic books your husband insists on keeping have any value, wonder no longer; A comic featuring the first appearance of Spider-Man was just sold at auction for an astonishing $3.6 million.

Before you go thinking you’re sitting on a fortune, there are a few things that made this copy of Amazing Fantasy #15 worth so much money. As mentioned before, this was the first appearance of Spider-Man, now one of the most widely recognized superheroes ever. The other factor that really drove the price up was its condition. There are only 4 copies of this comic that look as good as this one does, and with something that old (1964), that’s no small feat.

The comic itself tells the origin story of Spider-Man and fans of the first Toby Maguire Movie will know the story well, with Peter Parking getting bit by a radioactive spider, getting his powers, fighting a wrestler, and eventually building his suit. There are two key differences from the original comic, however: Peter actually built his web-shooters (they weren’t a genetic result of the spider bite) and the Green Goblin didn’t make his first appearance until later on in The Amazing Spider-Man #14 (his first real nemesis was actually a character named The Chameleon).

It’s also probably no coincidence that this comic was sold just as the hype train for the new movie, Spider-Man: No Way Home, is hitting full steam.

I wonder if he picked it up for the original 12 cent price tag?