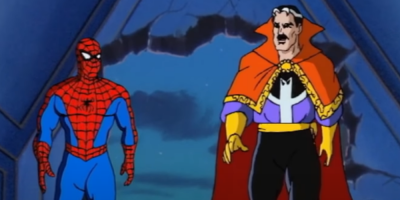 After being leaked online and released earlier than planned, the story of the Spider-Man: No Way Home trailer just keeps getting better as one superfan recreated the entire trailer using clips from old 90s cartoons.

The fan-made trailer uses clips from Spider-Man: The Animated Series and The Incredible Hulk Animated Series, along with a few of the title cards from the original trailer. The video is so incredibly well done you would be forgiven for thinking the new movie is actually releasing in this format. What makes it even more impressive is the fact that the real trailer was only released about three days ago. Talk about working fast.

Spider-Man: No Way Home is the newest entry in Marvel’s Spider-Man franchise and will once again see Tom Holland return as the titular webhead. This time around, the movie is also stacked with characters from the Marvel Cinematic Universe (and beyond) including everyone’s favourite time-altering wizard, Doctor Strange.

If you’re already aboard the Spider-Man hype train, this new cartoon version of the trailer will just help grease the wheels.

Spider-Man: No Way Home is set to hit theatres on December 17th.