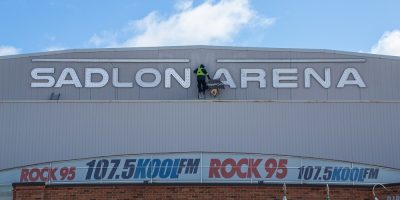 A lengthy debate at Barrie City Council about coughing up cash so Tourism Barrie can retain a consultant for sport tourism opportunities at the Sadlon Arena.

The motion put forward by Coun. Gary Harvey squeaked through by a 6-5 vote.

“This is in relation to Tourism Barrie taking the lead in looking at some growth opportunities through sport tourism at the Sadlon Arena, which could potentially look at expansion,” said Harvey. “But it’s going to be looking at other pieces.”

In speaking with staff, Harvey said it also ties in with the City’s Tourism Master Plan.

Funding for the consultant will come from two sources – $42,500 from the municipal accommodation tax – and around $45,000 from the City.

“Obviously, Tourism Barrie has through their procurement process chosen a more expensive consultant. The councillor is bringing a motion that the city cover that higher consultant cost. I think the question is, you know, is there a low-cost option that would have just been paid by Tourism Barrie?” asked Mayor Jeff Lehman.

Harvey said he was told the scope between the two consultants was very different.

“I understand, even before me getting involved, confirming with staff that discussion occurred between the executive director of Tourism Barrie and senior management in regards to this. From what I understand, it was agreed upon by all of them that this particular vendor was the more robust one to go with and would provide them with a lot more information.”

At Monday’s meeting, staff said they provided a memo to council in May providing some overall information about the events and things that were happening at Sadlon Arena.

“And at the time, Tourism Barrie had agreed to retain a consultant to assess what the added investment and infrastructure could attract from a sport tourism event perspective, looking at the associated economic, community and business case benefits,” said Stephannie Schlichter, Director of Economic and Creative Development.

“It was also thought at the time that a consultant’s report could identify opportunities to refine the design and scope of the expansion that could better leverage sport tourism events to the Sadlon Arena.”

Harvey lamented the lack of sport tourism in Barrie.

“When you think about over the last decade, we have not seen a lot of sport tourism coming to a city of our size,” he said. “We have lost out to a lot of places like Thunder Bay and North Bay.”

Harvey referenced curling events as an example, but also touched on the fact Barrie has not hosted the Memorial Cup.

“This is to broaden our scope and be able to be a lot more competitive and trying to secure these types of events moving forward.”

He said such events can bring anywhere between six to almost $20 million, on average.

“We’ve hosted smaller scale curling events, but we haven’t done anything on a larger magnitude,” noted Harvey. “Same thing with skating. Our building is large enough, and there’s no reason why we can’t host a national championship out of the arena. It’s just that the facilities available for the competitors are definitely not up to standards for the OHL (Ontario Hockey League) and these other high-level athletes.”

Harvey said, from his understanding, that is what the consultant will hone in on.

Lehman said he would want more information before he would be comfortable choosing the most expensive consultant.

“We just finished doing a budget where we cut much smaller items that benefit all of our residents,” he said. “But I have a real problem with giving another 45-grand to a consultant to tell us how to expand the BMC (now Sadlon Arena), or what else we might be doing on this front.”