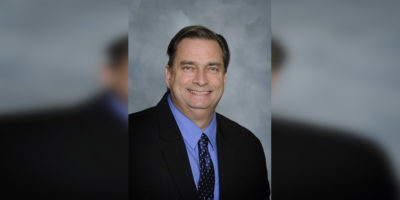 After 35 years, one of Springwater’s higher ups is riding off into the sunset.

Chief Administrative Officer Robert Brindley has announced he will be retiring as of August 31st, bringing to an end a career with the Township that started in 2012. Prior to that, Brindley held senior positions at the Cities of Barrie and Brampton, and with the Towns of Caledon and St. Marys.

“Under Robert’s leadership, Springwater has set out a strategic vision for growth that will continue to shape the community for years to come,” said Mayor Don Allen. “I would like to thank Robert for his dedication and commitment to the municipality and wish him all the best in his retirement.”

Through succession planning, a new CAO has already been chosen. Jeff Schmidt, who has been with Springwater Township since 2013, will move up from his Deputy CAO/Director of Fiance role to the CAO’s chair, as of September 1st.

“I am honoured and humbled to have been selected to be the next to lead the Springwater team in assisting Council and staff in serving the citizens of the Township,” said Schmidt. “I would like to thank current CAO Robert Brindley for providing a solid foundation and the tools required to move the Township forward.”