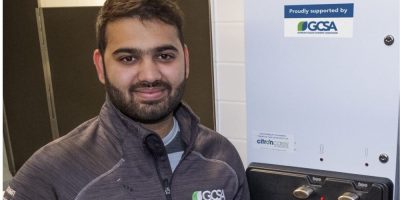 Georgian College is ahead of the curve as student unions and youth advocacy groups across Ontario call on the provincial government to ensure free menstrual products are available at all post-secondary campuses.

The initiative aims to tackle menstrual inequity and period poverty.

In a letter being sent to the government today, the Toronto Youth Cabinet, which advocates on behalf of city youth, and numerous student unions are calling for the government to require that universities and colleges provide free menstrual products by the end of the year.

The group says it wants the province to build on the progress it made last October, when it announced a plan to have free menstrual products in schools across the province.

The letter says period poverty in post-secondary institutions is just as serious and without access to resources to manage periods, students are at risk of missing school or work.

The group says no young person should have to miss out on their education because of barriers to affordable and accessible menstrual products.

The 89 dispensers were purchased by the Georgian College Students’ Association (GCSA). Ongoing hygiene product refills will be funded by Georgian.

“The main goal was to remove the stigma attached to these products,” said Ishaan Sachdeva, President of the GCSA at the Barrie campus, in a news release from November. “And to be honest with you, I have had friends who have missed their classes in the past while they were menstruating. I think it’s really important for the GCSA to support these students.”

This report by The Canadian Press was first published March 8, 2022.

This story was produced with the financial assistance of the Social Sciences and Humanities Research Council, which is funding a project by Carleton University’s School of Journalism and The Canadian Press.