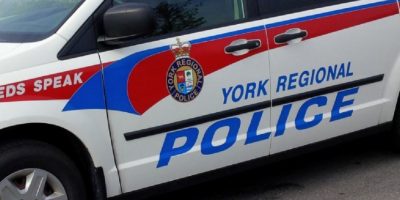 Police in Georgina are looking for a man in his 30s after a 15-year-old girl was sexually assaulted.

York Regional Police say the young woman was walking in the area of The Queensway South at around 10:30 p.m. Wednesday, June 2, when a man began following her. The teen reported that the suspect grabbed her near Metro Road, picked her up, threw her to the ground, and sexually assaulted her. The woman defended herself while yelling for help as he fled the area.

The teen suffered non-life-threatening physical injuries. The suspect is described as: