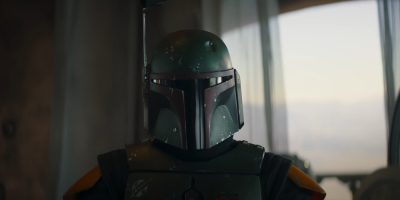 Likely to be our last teaser before the show is released, Star Wars has given us one last taste of what’s to come in the Book of Boba Fett.

The legendary bounty hunter Boba Fett navigates the underworld of the galaxy with mercenary Fennec Shand when they return to the sands of Tattooine to stake their claim on the territory formerly ruled by the deceased crime lord Jabba the Hutt.

There’s quite a lot to be excited about for this series, but obviously, many people are beyond ready for the return of Temuera Morrison as Boba Fett. He made a surprise return for his cameo appearance in The Mandalorian and is now set to take the reins of his very own series.

Speaking of The Mandalorian, Producer/Director/Writer (wow, talk about a lot of hats) Jon Favreau is also returning to lend his talent to the project so fans of that show will definitely want to check out The Book of Boba Fett. While Favreau (and a handful of others) will direct an episode each, the real exciting news is that Robert Rodriguez directed three of the episodes. No stranger to action (and wester action, to boot), Rodriguez is known for movies like From Dusk Till Dawn and El Mariachi.

Related Entertainment News: HBO gives a taste of what’s to come in 2022

The Book of Boba Fett will be hitting Disney Plus on December 29, so you can consider a sort of late Christmas present from Disney. There will be new weekly episodes every Wednesday until Feb 9.