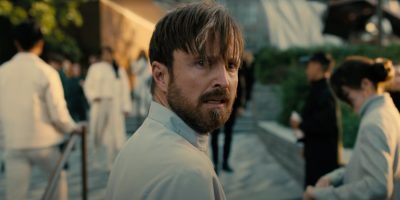 There’s a lot to be excited about if you’re a Crave subscriber in 2022 and HBO just released a trailer teasing all the things to come over the next year.

The headliner when it comes to brand-new shows is clearly House of the Dragon, the prequel series to Game of Thrones. While plenty more are coming, this will be the first spin-off series to hopefully reinvigorate fans after the disappointing final season of the original show.

For fans of the sort of high societal witty banter of shows like Downton Abbey, that show’s original creator is back with a new series called The Gilded Age. This time, it trades in the openness of the British countryside for the soon-to-be sprawl of the urban jungle that is New York City in 1882.

After so many shows were put on hold in recent years, we’re finally getting the long-awaited return of some fan favourite shows too. Westworld season 4 and His Dark Materials season 3 are both coming in 2022, and if you somehow slept on Barry, do yourself a favour and catch up because a third season is coming next year, and it is one of the best shows on television.

The one release you won’t need to wait very long for and has so many Potter fans practically foaming at the mouth is the 20-year reunion special: Return To Hogwarts. It has practically every member of the cast coming back to talk about their experience making the films and how it changed their lives.

Related Entertainment News: 3 new December movies to see before the month is over

There’s plenty more to be excited for besides all that including a ton of new, returning, and limited series along with new movie releases as well.

You most certainly won’t be starved for content in 2022.