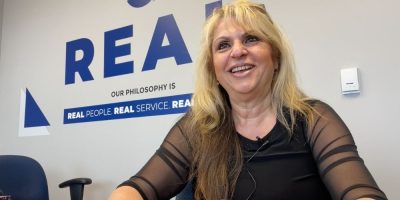 Peggy Hill is beaming with pride these days.

For two years in a row, The Peggy Hill Team was ranked No. 1 overall for Re/Max in Canada. Her firm was also No. 2 among 8,600 independently owned Re/Max franchises in the world in 2020.

“I still have a really hard time believing it. But it makes me happy to have all those Americans have to say Barrie, Ontario. Nothing but pride for them having to say Simcoe County!”

The secret? “My team, we’re good people in our community. We pour into this community, and I’m pouring right back into us. So, it’s been incredible, just incredible.”

Hill got her real estate licence in 2003, telling her husband she’d try it for a year. If it didn’t work, she told him she’d get a real job.

It took a little longer than a year.

“I remember having to go into our line of credit to keep us afloat. So, I would say it took a solid five, six years to actually establish myself. And I mean, it’s hard work. It really is. And it’s a lot of emotional stuff. And I remember when I first started for years, like for two years, I’d go home and cry every night because I didn’t think I’d make it.”

Now, with an office of 50 agents and 25 support staff, she doesn’t go home and cry every night.

That doesn’t mean it’s not a tough haul every day.

As for the role realtors play in pricing, Hill thinks people give realtors a lot more credit than they’re due. “We can’t possibly be the ones responsible for this market. However, we are responsible to our clients and we have fiduciary duties to them. So, if a seller calls me and wants me to sell their home, and I know the best way to get him the top dollar is through a bidding war, I’m bound by law to make that happen. We’ve just kind of played with the cards we were dealt.”

And mortgage rates are out of her hands, but she doesn’t believe we’ve reached a scary point, just yet, remembering when her dad was buying a house in the 1980s and his rate went from 18% to 23% in one day.

It’ll get tougher in the short term, especially for first-time buyers, she says, meeting stress test criteria, but that will change; there will be a correction.

In the meantime, she offers this advice. “If you’re sitting with pre-approvals, and pre-approvals are normally 120 days, and 120 days ago you were getting one-point-something for your pre-approval, I would say, buy a house. Buy it before that pre-approval is done, because you’re going have to requalify, and then your buying power will be down.”

Hill doesn’t think when the market correction comes, it will be the 20% to 30% decline economists are predicting by the Fall. There isn’t the supply to make that happen. And she notes, even if values were to drop by 50% it would only take us back to where we were a year ago.

In the meantime, Hill and her team of 75 agents and support staff, are working hard to get to No.1 again this year, not just in Canada, but in the world.

“We don’t want anybody to forget where Barrie, Ontario is!”