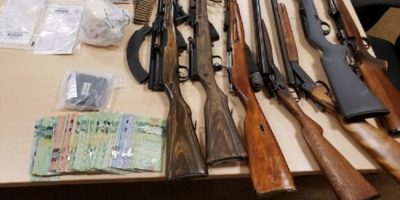 Three men and a woman are facing a number of trafficking charges after a raid in Orangeville.

As part of an ongoing drug trafficking investigation, officers from Dufferin and Nottawasaga OPP detachments took a search warrant to a home in Orangeville first thing this morning. Two men from Orangeville, along with a man and woman out of Shelburne were arrested, while police say about $30,000 in cocaine was seized from the home. A large quantity of cash and numerous firearms were also seized.

One suspect was held in custody, while the other three were released with future court dates.