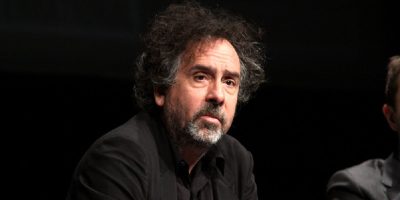 Tim Burton says he felt like he was the real Dumbo while making the 2019 live-action remake.

Burton has a long history making movies for Disney, including “The Nightmare Before Christmas,” “Alice in Wonderland,” “Alice Through the Looking Glass,” and “James and the Giant Peach.”

According to Deadline, he realized he was done working for Disney while making the 2019 movie about the famous flying elephant.

“The thing about ‘Dumbo’ is that’s why I think my days with Disney are done. I realized that I was Dumbo, that I was working in this horrible big circus, and I needed to escape. That movie is quite autobiographical at a certain level.”

He added he thinks the studio is too focused on the Star Wars and Marvel Franchises, saying it’s too homogenized.

“There’s less room for different types of things. he said. “I can only deal with one universe; l can’t deal with a multi-universe.”

In an interview with Empire magazine earlier this year, Burton also slammed Warner Bros for replacing him as director of the Batman films.

Burton directed the 1989 and 1992 films starring Michel Keaton. The story goes Warner Bros thought his vision was too dark and weird.

Burton has some thoughts about that.

“You complain about me, I’m too weird, I’m too dark, and then you put nipples on the costume? Go f-&# yourself.’ Seriously. So yeah, I think that’s why I didn’t end up doing a third film.”

Burton’s latest project is the Netflix series “Wednesday,” which premieres this Wednesday.