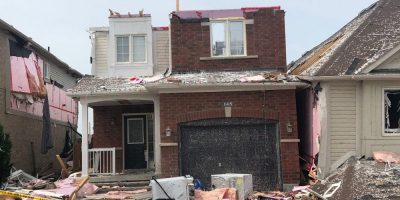 The Insurance Bureau of Canada (IBC) says the tornadoes that struck Barrie and several other communities on July 15 caused $75-million in insured damage.

Six tornadoes touched down that day in Barrie, Innisfil, Kawartha Lakes, Little Britain, Manilla, Lindsay, and Lake of Bays. The heaviest damage was in Barrie, where 71 homes were declared uninhabitable.

IBC says the damage is a reminder of the increasing risk posed by extreme weather events which it says have quadrupled the number of claims in the last 15 years.

Of note, insurers paid out an average of $399-million a year in weather-related losses between 1983 and 2000. In the last ten years, the average payout has ballooned to $21-billion.

Canada must develop a comprehensive plan to close governance gaps and improve climate defence, says IBC, including enhancements to the current building code to protect against severe wind events.