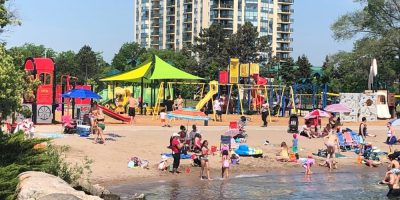 But with the lifting of most pandemic restrictions, the return of many festivals and celebrations, and the public’s pent-up demand for a sense of what was normal before COVID, Tourism Barrie officials expect a robust summer season. In fact, there were signs of rejuvenation last year.

Tourism Barrie executive director Kathleen Trainor says hotel occupancy in the city was up to 57 per cent in 2021, a nine per cent increase over 2020, and for the first four months of this year, hotels have been at 56.5 per cent capacity, with a noticeable spike in March and April.

Trainor is optimistic better days are ahead for those in the city who rely on tourist dollars.

“I believe Barrie will see more day-trippers because of the gas prices,” predicts Trainor. “People may not be going all the way up to Muskoka or further. I think the rubber tire market is going to go up, with people driving shorter distances to vacation.”

Barrie’s bread and butter from tourism is still a domestic market. At least 50 per cent comes from corporate, 30 per cent is leisure and the rest is sports tourism.

Trainor says Barrie hotels are reporting the corporate market is back, though not as robust, still a hopeful sign at around 40 per cent.

“Barrie’s corporate market is holding its own because we are a drive-to city,” says Trainor. “Corporate is down in Toronto and Ottawa because their corporates fly in, and our corporates are all driving to us, so I think that’s a big difference.”

Another interesting twist is a spike in American visitors over the past few months, which Trainor says is as good as corporate because they are in the area for a few days, maybe for leisure and fishing.

In 2021, visitor spending in Barrie was $38M, a nearly 30 per cent increase in 2020, and that was with hiccups brought on by pandemic lockdowns.

The city has also seen a significant uptick in sports tourism.

“From November 2021 to April of this year, that sector of the industry brought in $6.4M to Barrie, and except for one event, they were all hockey tournaments.”

Trainor says labour shortages in the tourism industry remain a concern but overall she feels confident about what lies ahead for a sector of the economy that was punished by the pandemic.

Tourism Barrie is holding its annual general meeting on Wednesday.