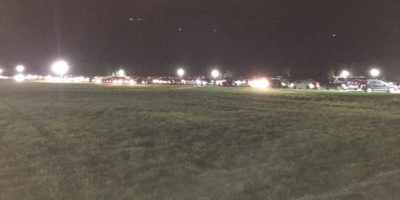 The Rolling Stones were on stage for about two hours Saturday night, while many fans were stuck in traffic twice that long after the show.

2 hours of waiting and still not close to getting out of the parking lot — this is dreadful! #BurlsCreek https://t.co/DkaQVm5aoS

Due to the sheer volume of vehicles leaving the show after the lights went down, delays leaving the venue had some stuck in their vehicles for three to four hours before any movement.

The OPP reported no collisions or incidences in areas surrounding the concert grounds that would contribute to the delay in departing.