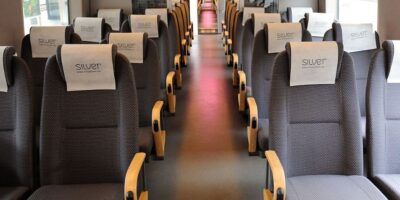 Repeating the message for the second time this week that “now is not the time to travel,” Health Minister Jean-Yves Duclos announced on Friday that Canada is going to reinstate the PCR test requirement for all incoming travellers, no matter the location or length of stay. The test must be administered in a different country prior to coming to Canada.

The requirement had been lifted for trips less than 72 hours, something that border communities between Canada and the U.S. had been pushing for.

A PCR test was already required for anyone coming into the country from trips longer than 3-days.

“As of Dec. 21, the requirement for pre-arrival testing will be in place again for trips of all duration,” Duclos said.

As well, the federal government is going to lift its travel ban against 10 African countries where the Omicron variant began circulating. The ban, which applied to Nigeria, Malawi, Egypt South Africa, Mozambique, Botswana, Zimbabwe, Namibia, Lesotho and Eswatini in the last two weeks, will end Saturday at 11:59 p.m.

While initially COVID-19 cases from the Omicron variant were linked to travel, there is evidence of community spread in several provinces, including Ontario.

COVID-19 cases have been spiking across the county amid the spread of the Omicron variant. Ontario and Quebec have begun to introduce new restrictions as the provinces work to provide booster doses of the COVID-19 vaccine.

Duclos added provinces have requested 35 million rapid COVID-19 tests for the month of December and the federal government will be able to fulfill that.

“Our common goal is to protect the safety of our citizens wherever they may be.”