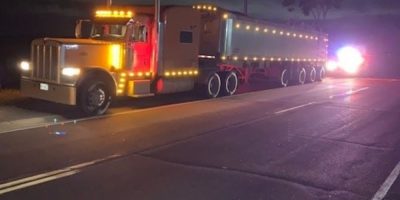 Police say the truck was stopped around 9:30 pm on Wednesday on George Johnston Road in Springwater Township.

During a discussion with the motorist, the officer noticed signs of impairment.

The 37-year-old driver was charged with:

·      Operation while impaired – alcohol and drugs

The driver was given a 90-day driver’s licence suspension and the vehicle was impounded for a period of seven days.

The accused has a court date in October.