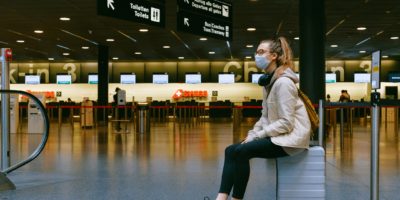 Tougher quarantine measures for Canadians returning from abroad come into effect at midnight tonight. Anyone returning “must have a valid quarantine plan, or they will be forced to spend 14 days in a hotel,” said Prime Minister Justin Trudeau. What’s a credible quarantine plan? It means having a set destination or a location ‘not around’ vulnerable citizens. Canada’s Deputy Prime Minister Chrystia Freeland said this applies to anyone entering the country whether by land, air or sea.

Trudeau took Sunday and Monday off to be with his family at the prime minister’s rural retreat. Both the prime minister and Conservative leader Andrew Scheer were forced to defend family trips amid travel restrictions.

Trudeau says his trip was to join his family after not seeing them for three weeks. Scheer, his wife and five kids flew on a government jet from their home in Regina to Ottawa. Scheer said that decision made more sense than having them fly commercial.

The federal government is moving forward on a range of rapid testing kits. Trudeau says, Ottawa-based Spartan Bioscience, will be supplying ten’s of thousands of tests a month. These tests can reportedly provide results in less than an hour. To date, Canada’s Top Doctor says 430,000 canadians have been tested for Covid-19.

Yukon, Northwest Territories and Nunavut will receive $72.6M for health and social services response, $17.3M will support northern airlines, with $15M earmarked for businesses and $25M for their Nutrition North food subsidy program.

“This will help families stay healthy and so that food and medical equipment can arrive, no matter where you live,” said Trudeau.

The PM did talk about expanding CEBA and CERB, saying he will have “more to say on that soon.” Trudeau acknowledged students and some essential workers are falling through the gaps.

Trudeau also hinted that help is on the way for small businesses unable to pay their commercial rent leases.

It will be weeks before the economy reopens

The Prime Minister says it will be ‘a while, still’ before they lift restrictions.
“People want to know when we can get back to normal life but the reality is we have to be extremely vigilant for many weeks. We recognize different areas of the country are not at the same place on the Covid-19 infection curve,” said Trudeau.

When the economy does reopen, it may take a year for things to bounce back. The International Monetary Fund (IMF) in a report released Tuesday said the “Great Lockdown” coronavirus pandemic will create a more serious recession than the Great Depression in the 1930s. The IMF expects a rebound by 2021.