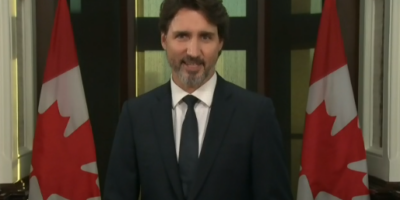 He can’t be there in person, so virtually is the next best thing.

U.S. President Joe Biden’s first official meeting with a world leader will be with Justin Trudeau on Tuesday.

Canada and the US share one of the strongest and deepest friendships between any two countries in the world. On Tuesday, I’ll be meeting virtually with @POTUS @JoeBiden – we’ll focus on ending the pandemic, growing the middle class and creating jobs, and fighting climate change.

The Prime Minister’s office issued a statement that said the two leaders will hold their first bilateral meeting virtually and will discuss “shared priorities” as well as efforts to address the global COVID-19 pandemic.

A statement from the White House said Biden would “highlight the strong and deep partnership between the United States and Canada as neighbours, friends and NATO allies” in the meeting on Tuesday.

On Tuesday, I’ll be meeting virtually with @CanadianPM Justin Trudeau. I look forward to renewing the strong friendship between the United States and Canada and working to tackle the shared challenges we face.

Biden did not take long to rock the boat with Ottawa when he took power. The president cancelled the Keystone XL pipeline, and he has stated his intention to push Buy American policies.

Visiting Canada or Mexico has been common practice for US presidents on their first official foreign trip after being sworn in, but Donald Trump bucked the trend. The former U.S. leader went to Saudi Arabia in 2017. In fact, Trump’s decision not to visit Canada in his first year in office was a first by an American president in 40 years.