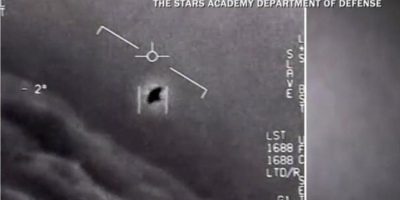 The Defence Department has announced a new UFO task force to help the U.S. government spot and identify unknown objects in the air and determine whether they pose any threats.

The agency announced on Tuesday it is creating the Airborne Object Identification and Management Synchronization Group (AOIMSG) to “synchronize” Washington’s efforts to “detect, identify and attribute objects of interests in Special Use Airspace,” and “assess and mitigate any associated threats to safety of flight and national security.”

An Airborne Object Identification and Management Executive Council, comprised of defence and intelligence officials, will oversee the new task force.

“Incursions by any airborne object into our [Special Use Airspace] pose safety of flight and operations security concerns, and may pose national security challenges,” the Department of Defense said in a press release. “DOD takes reports of incursions — by any airborne object, identified or unidentified — very seriously, and investigates each one.”

The task force is the successor of the Navy’s Unidentified Aerial Phenomena Task Force, which released a report in June on their findings about UFOs, or what they call “unidentified aerial phenomena.”

Officials at the time had investigated 144 reports of unidentified flying objects, most of which were reported within the last two years. According to their report, they were only able to identify one of those objects — a “large, deflating balloon.” As for the other numerous mysterious flying objects, officials said they haven’t found any evidence suggesting they came from space and that nearly all the incidents they investigated remain unexplained.

And while they are still unsure what the objects actually were, or where they came from, they do know one thing for certain: the objects were real.

“From a safety of flight issue, we absolutely do believe that what we are seeing are not simply sensor artifacts. These are things that physically exist,” a senior government official said in June. “They are physical objects.”

The task force is going to implement guidance and more details in the coming weeks about their specific plans.