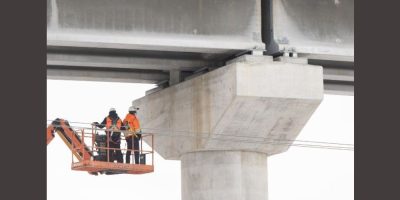 The economy added 40,000 jobs in May, driven by a gain in full-time jobs as the labour market continued to tighten and wages pushed higher, Statistics Canada said Friday.

TD Bank senior economist James Orlando said as Canadians headed out to patios and hit the road for overdue vacations, employers continued to search for workers to meet heightened demand.

“This has job vacancy rates at record levels, making it clear that the Canadian economy is operating beyond full employment,” Orlando wrote in a report.

Statistics Canada said Friday average hourly wages for all employees rose 3.9 per cent on a year-over-year basis in May, compared with an increase of 3.3 per cent in April.

The jobs report follows a decision by the Bank of Canada last week to raise its key interest rate by half a percentage point to 1.5 per cent in an effort to help bring inflation back under control.

The annual pace of inflation rose to 6.8 per cent in April, the fastest year-over-year rise in 31 years.

“With more people employed and wage growth climbing, the strength in domestic demand will be sufficient to keep inflation as a thorn in the side of the Bank of Canada,” Orlando wrote.

The services sector saw a gain of 81,000 jobs as accommodation and food services added 20,000 positions.

The number of professional, scientific and technical services jobs grew by 21,000, while educational services gained 24,000 positions and retail trade added 34,000 jobs in the month.

Transportation and warehousing lost 25,000 jobs, while the number of finance, insurance, real estate, rental and leasing jobs fell by 19,000.

Meanwhile, the goods-producing sector lost 41,000 jobs in the month as 43,000 manufacturing jobs were lost.

Long-term unemployment, people who had been searching for work or had been on temporary layoff for 27 weeks or more, accounted for 19.7 per cent of total unemployment in May compared with 15.6 per cent in February 2020.

This report by The Canadian Press was first published June 10, 2022